Tent Show Radio is heard every week on listener-supported radio stations across the country and around the world on the Internet. Get the complete list of radio stations. | Get Radio Stations Here | Listen Now | 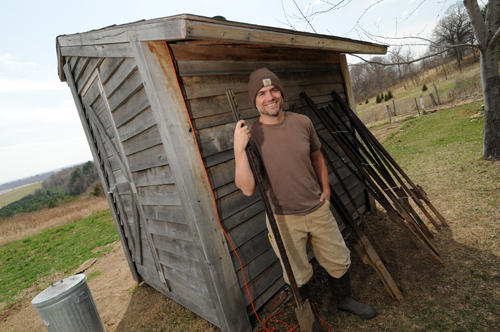 About our Host:  Michael Perry

Michael Perry is a New York Times bestselling author and humorist from New Auburn, Wisconsin. Perry’s bestselling memoirs include Population 485; Truck: A Love Story; Coop; and Visiting Tom. Perry’s essays and nonfiction have appeared in numerous publications including The New York Times Magazine, Esquire, Backpacker, Salon.com, and he is a contributing editor to Men’s Health magazine. He tours with his band the Long Beds, has recorded three live humor albums including Never Stand Behind A Sneezing Cow and The Clodhopper Monologues. He lives with his wife and two daughters in rural Wisconsin, where he serves on the local volunteer fire and rescue service and is an amateur pig farmer. He can be found online at www.sneezingcow.com